As a small-to-medium sized business, you have plenty of ongoing work - with a team of folks industrially involved - but can you see a complete portfolio picture of everything that's going on? With the Business (PMO) plan, you can! 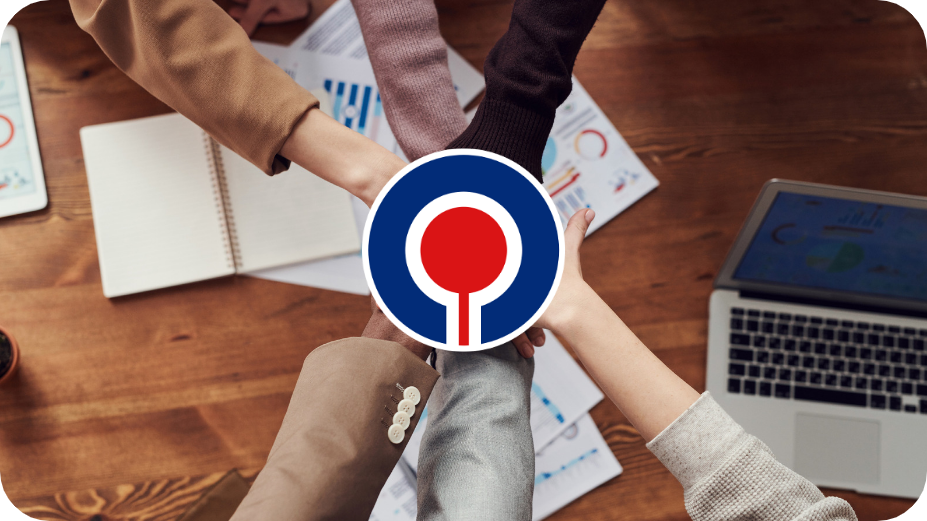 The Business (PMO) plan is geared to connect those working on projects within a business to each other, in ways that only intelligent software can.

For example, those members of the team subscribed to this plan, are immediately part of a resource pool.

From which managers creating project plans can draw from - without worrying about over-allocations and otherwise unbalanced resources reeking havoc.

The Business (PMO) plan links project-plan editors, collaborators and viewers together to achieve a true symphony of orchestrated work - all without costing your business a fortune.

We call this meshing of people and software "real-time collaboration" or rTc for short. rTc is a binding set of features for all those contributing to a project plan to use together, even at the same time.

rTc is like nothing before, and something that costly other products have yet to achieve.

Project data for the entire business portfolio comes alive and is displayed within easy-to-read dashboards we call portfolio views - with all data living in a safe and secure private cloud that we call Drive 365.

Portfolio views, along with other Project Management Office (PMO)-like features, give any small-to-medium business an organized and efficient way to successfully complete all project work at hand. 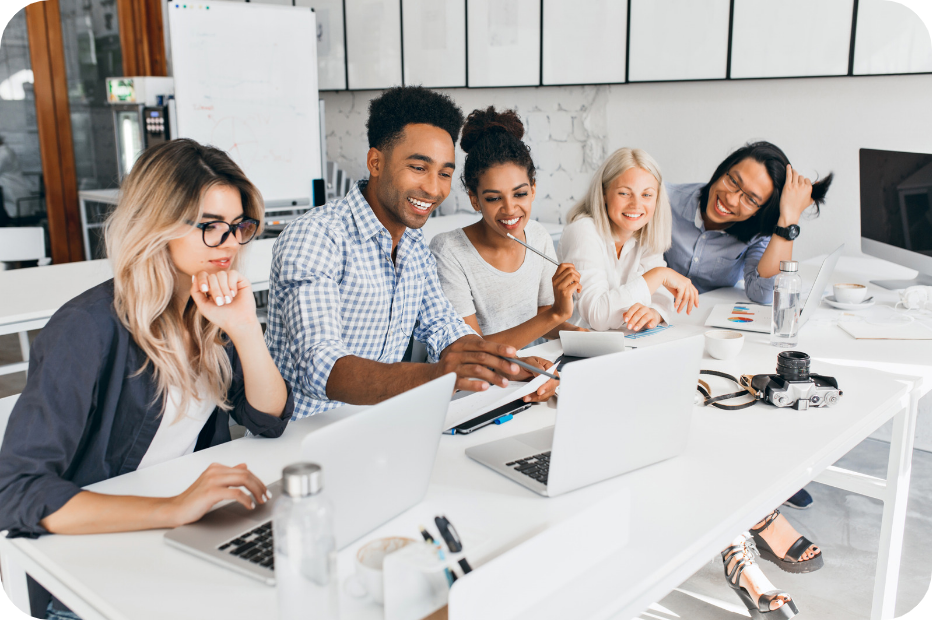 • Import and Export projects from .XLS, .XLSX, .CSV, .XML, Smartsheet, MindManager, XMind and many others.

• Integrated with all major cloud providers, such as Google Drive, iCloud, One Drive, Box, Dropbox, SharePoint Online and Project Online.

• Customizable to support 12 languages, over 20 date formats and more than 100 currencies.

When a team goes from losing to winning...​

7north’s initial project workflow consisted of project managers (PMs) using standalone versions of Project Plan 365, Microsoft Project and Microsoft Excel, all trying to collaborate on project work via email and using various cloud-storage strategies. But as 7north started to grow - from a startup to a full-fledged business, that scenario quickly became untenable. For example, 7north had one newly hired project manager working on an Agile plan, another working in Excel trying to simulate a Waterfall plan (while dreaming of Microsoft Project), and another was using nothing more than memory (we think). 7north was clearly losing the race to a rapid success.

The newly minted C-Level team realized that they needed to act fast, and needed some form of project portfolio management. In short, they needed to establish a Project Management Office (PMO) - but who had time for that? So instead of taxing their one-person IT department to death, they decided to find and implement a Software as a Service (SAAS) solution, one that worked for all plan managers and contributors, right out of the box.

After the "IT department" tried out Project Plan 365: Individual (PM) Plan on the 30-day free trial, the IT guy “bought-in” and subscribed to Project Plan 365: Business (PMO) Plan for a team of ten. The software was configured, and within days all plan owners were collaborating with team members tasked with work, and other collaborators were also pitching in to make things right. Within weeks, the C-Level team could see their complete portfolio of project data, all in one place. Portfolio views (dashboards) were populated by intelligent software that was monitoring project progress across the board. The team could even see data being updated in real time as the team got on with the work. Moreover, the 7north team was elated that they did not have to change the way in which they worked all that much (except perhaps for the one who was keeping everything in his head).

The manager who dreamt of MS Project, just about had his dream come true - after all, Project Plan 365 opens MS Project files natively and looks and behaves a lot like MS Project as well. And even more surprising (for the price), everyone could work on whatever platform or device they desired - even iPhones! The team could work on plans at the same time, update their own status and more. In addition, 7north's confidential and sensitive project data was now stored safely in their very own private cloud called Drive 365. Well, this was just what the doctor ordered, and 7north is now well on it's way to the top.

Powerful Planning and Scheduling
Your Way!

There are subscription plans for an individual project manager (PM), a business team (PMO) - and even a plan for your entire global enterprise! 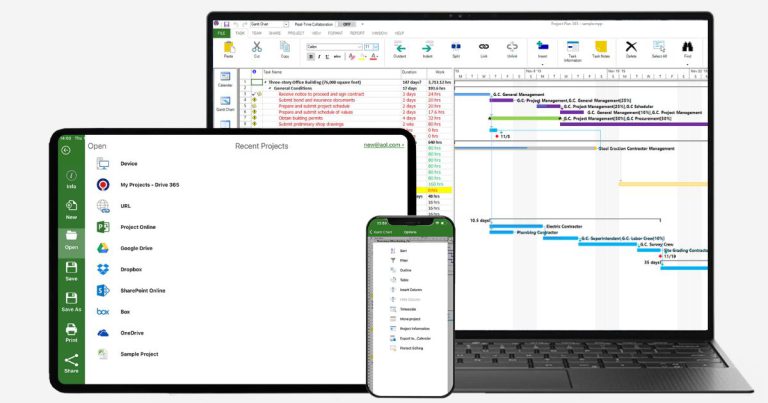 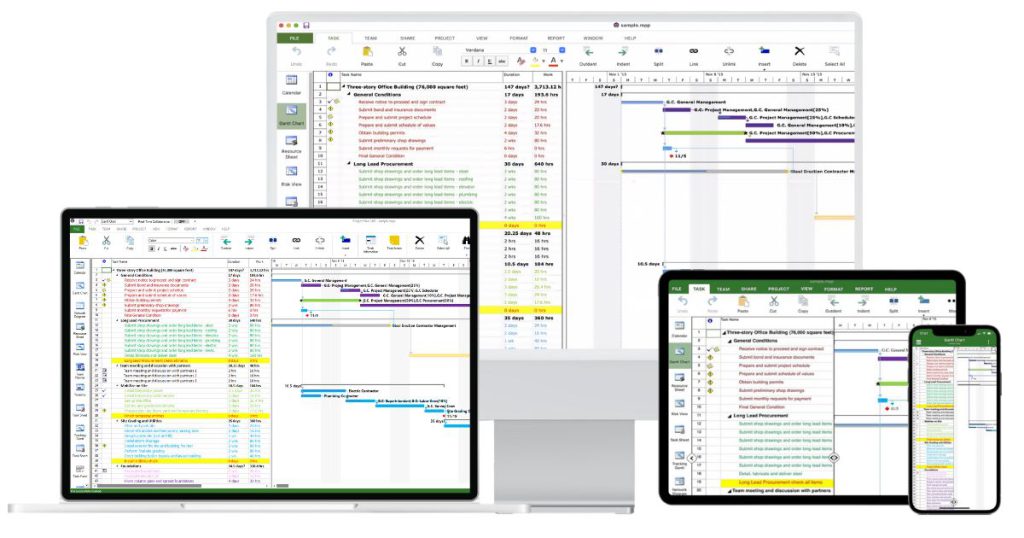 No matter where you are, you can always edit or view your Project Plan!

Project Plan 365 is cloud-enabled for work with all the popular cloud services, such as Google Drive, Dropbox, Box, OneDrive and more.

Project Plan 365 also connects to SharePoint, Microsoft Project Server and BaseCamp. You can even use Project Plan 365 via the web, making sure that wherever you are, you have your project with you.

Turbocharge your business plans by using one of ours: Standard (PM),  Business (PMO) and Enterprise (EPM) subscription plans are available here.