If you started your project in Smartsheet but need to manage more complex schedules, resource sharing, and tracking, you’re probably ready to move your data into Project Plan 365. You can do this by using the Import from Smartsheet functionality.

Smartsheet is a spreadsheet-based tool for simpler project management.

Why can't I see all the columns imported from Smartsheet file?

During the import process, data might have been imported to columns that are not being shown on the currently viewed table.  After the import is completed you can insert imported columns into any table to view the imported data.

How do I import a project from Smartsheet?

To import a project created on Smartsheet click File - Import - Import from Smartsheet. Select the format (excel or XML). If you choose Excel, the Import Wizard will appear. If you choose XML the file will be automatically opened.

Step by step on how to import a project from Smartsheet: 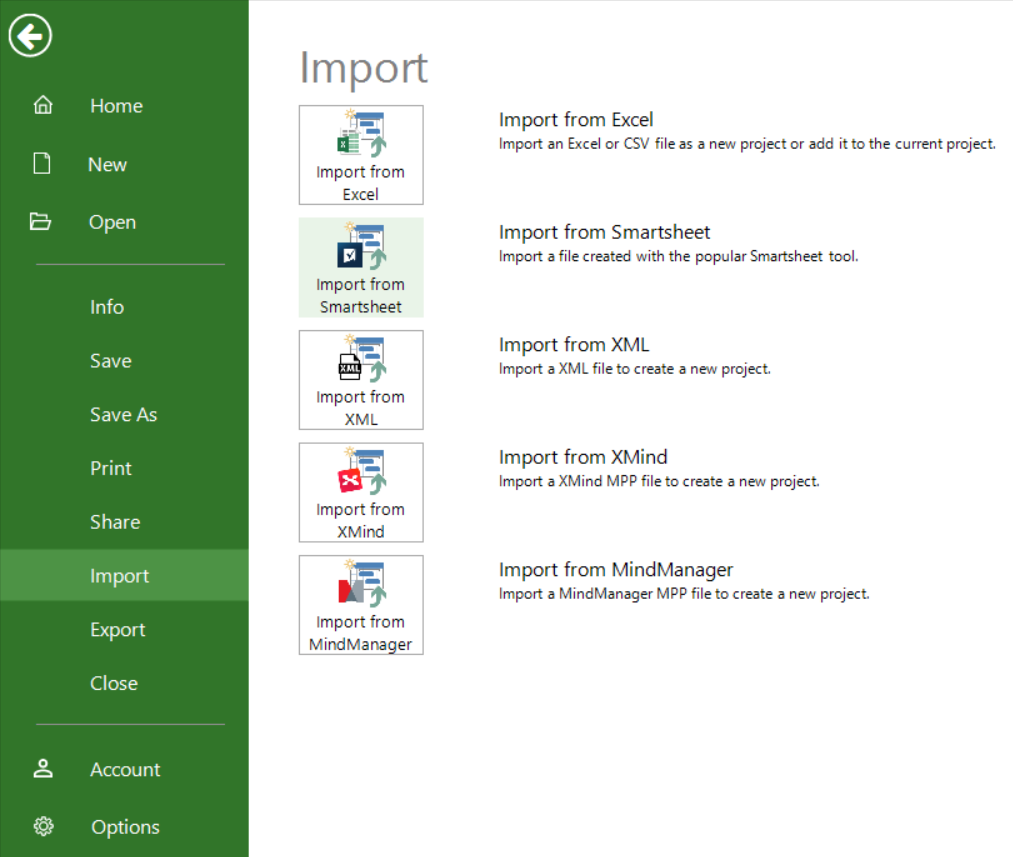 3. In the Open dialog which appears you can either select Excel Workbook (.xlsx) or XML Format (.xml) depending on the format you have exported from Smartsheet. 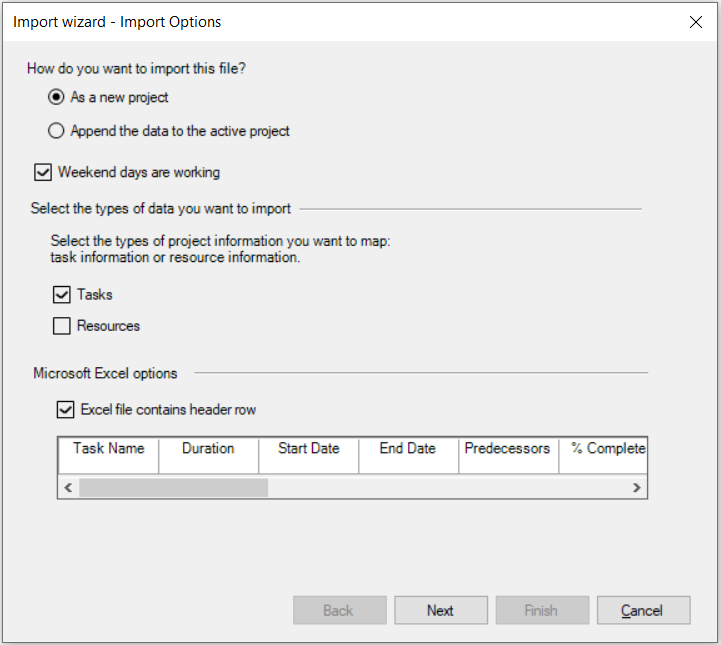 4. In the first window you must:

5. After making these settings you can advance to the next step by pressing the Next button. 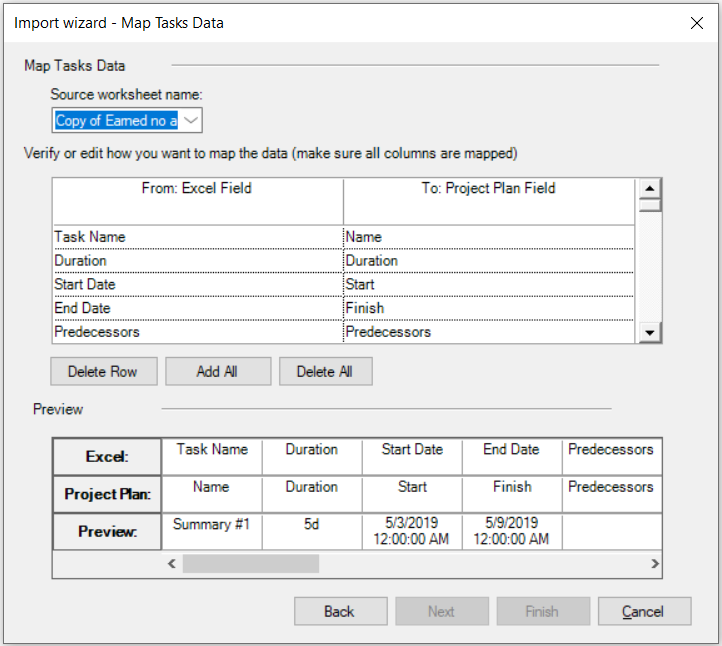 6. After you are finished with the mapping of the fields you can press Finish to start the import and create your project.