What is Lead time?

Lead time is overlap between tasks that have a dependency. For example, if a task can start when its predecessor is half finished, you can specify a finish-to-start dependency with a lead time for the successor task. You enter lead time as a negative value.

What is Lag time?

Lag time is a delay between tasks that have a dependency. For example, if you need a two-day delay between the finish of one task and the start of another, you can establish a finish-to-start dependency and specify two days of lag time. You enter lag time as a positive value.

How to set Lead and Lag times between tasks?

To set Lead or Lag time between tasks, on the View menu – click Gantt Chart – select the desired task and go to Task Information – Predecessors – In the Lag field type a positive number for lag time or a negative number for Lead time.

Is there a way to start tasks when the other task is 50% complete?

Step by step on how to set Lead or Lag time between tasks: 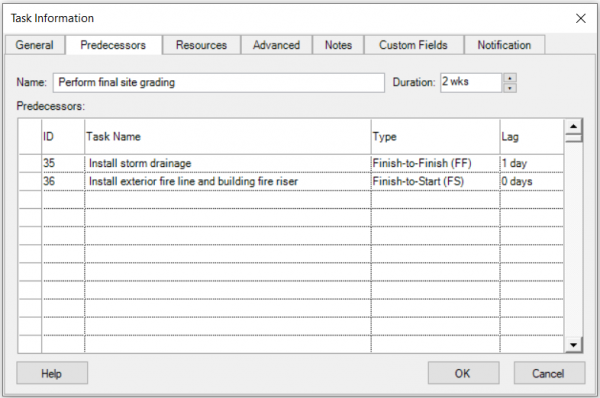 Or you can also add lead or lag time to a successor task by typing value in the predecessor cell: